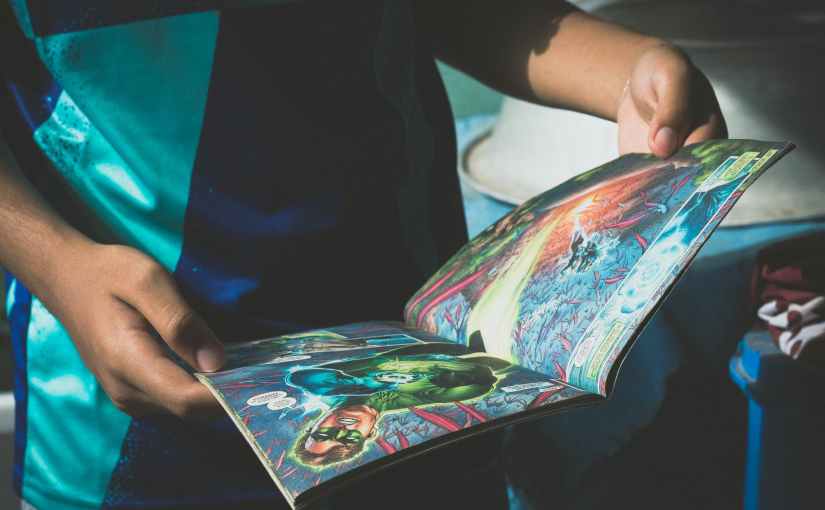 Comic reading has become a favourite pastime for many people around the world. Due to the fact that comics utilise graphics to convey different stories and messages, it has become a popular and attractive form of entertainment for children, the youth and the elderly. There’s always something for everyone. Love espionage and the world of spies? You have James Bond comics. Love science fiction and Star Wars? Star Wars comics can be bought online and even found in your local library. But is there a good reason as to why you should even read comics in the first place? In this post, I will discuss why you should read comics and how it benefits your health. Before you continue reading, do follow me and subscribe to my newsletter!

After a long day at work or school, many of us just don’t have the motivation to read anything anymore. Well, don’t worry. Comics are easy to read, as you no longer have to imagine the environment or situation the character(s) is/are in, as in normal books. Comics give you a visual understanding of what is taking place in the story and thus, the number of words you actually have to read decreases. This subsequently requires less brain power. This is the main reason as to why many children prefer comics to normal books during childhoods. Of course, this doesn’t mean that you abandon text-based books totally! Furthermore, the vivid visualisation of story events may evoke a sense of wonderment and excitement, which in comparison to good, old and plain text, may seem 100% less boring.

#2: They Foster Deeper Connections With The Story

As mentioned before, comics specialise in presenting stories and events in a graphical manner. This helps readers to connect much more deeply with the story as compared to a normal text based book. For example, rather than stating “He was frustrated.”, a comic drawing would probably depict the character with a frown. As humans, we tend to relate more to what we see, such as facial expressions and colour. As such, not only are we able to remember the story and the associated comic drawings much effectively, but we may also find ourselves having a higher degree of appreciation for the story. For those who love colour and pictures, comics are for you!

#3: They Help To Foster A Reading Habit

For many teenagers and adults alike, starting a reading habit can be difficult and many of us might end up complaining that we have no motivation to read. We’ve become so used to modern forms of entertainment, like television and video gaming, which not only leaves us with little to read, but also results in us becoming more and more dependent on visual forms of entertainment. We then begin to find reading a chore. So, is this a dead end? No! Comics are a great starting point for those looking to pick up a reading habit. This is because comics are easy to read, as they usually utilise less complicated terms and vocabulary. Likewise, the word count is drastically reduced, as all the focus is placed on the comic drawings. Well you might ask, “Hey! But if I keep reading comics, won’t I be learning nothing?” This is, firstly, a temporary measure (you can continue to read comics if you want). Secondly, the main reason as to why you should first read comics before moving on to harder text-based books, is that it helps to install the habit of picking up a piece of reading material every day. Later, when you have gotten used to doing this, you may eventually find that picking up an autobiography or even a textbook requires less willpower. This is because you have already trained your mind to do so earlier.

2 thoughts on “Here’s Why You Should Read Comics”